Trading Routes at After Oil School

August 21 to 23, 2015
University of Alberta
After Oil School Public Roundtable: Explorations and Experiments in the Future of Energy, Culture and Society Video 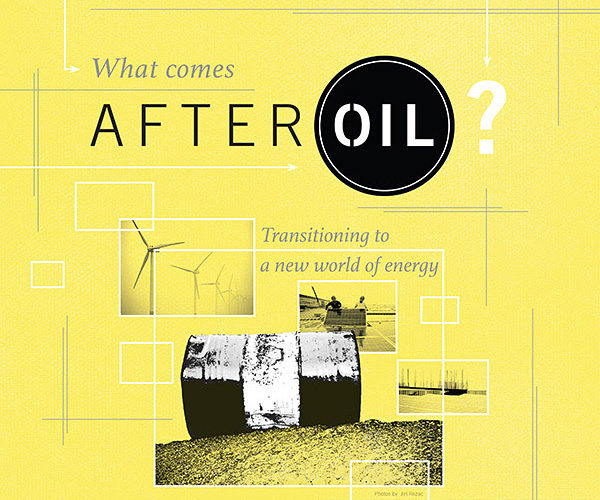 Ruth Beer, a member of the Petrocultures Research Cluster, participated in After Oil School in Edmonton and gave a talk on her artwork related to the Trading Routes research project.

“What Comes After Oil?” was a piece of a larger four-day event, the After Oil School.

The After Oil School gathered experts in energy humanities from the University of Alberta and around the world to explore, critically and creatively, the social, cultural and political changes necessary to facilitate a full-scale transition from fossil fuels to new forms of energy. In addition to scholars and graduate students from the U of A, the AOS was attended by experts from Duke U, Durham U (UK), Emily Carr, McGill U, OCAD, Rice U, U of Calgary, U of Iowa, U of Oregon, Warwick U (UK), among other institutions. Learn more…

The public roundtable (hosted by the Art Gallery of Alberta) included exploration of questions like: What comes after oil, for Alberta, for Canada and for the World? How will our societies continue to thrive and prosper once our dominant source of energy becomes expensive, no longer readily accessible, or too damaging to the environment to use in ways that we do today? Read more…

Next event
Black Gold at the American Conservation Film Festival 2015