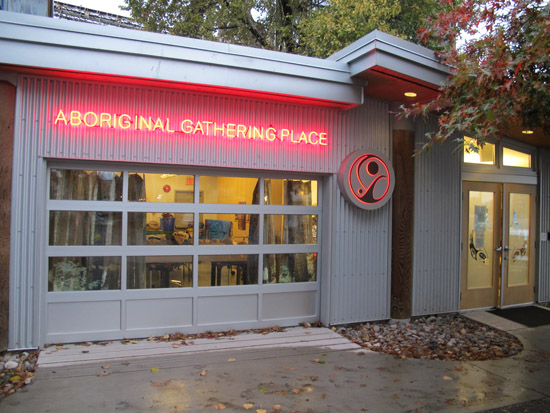 Please join us for a discussion with writer, journalist, and former Communications Director of the Aboriginal Healing Foundation Wayne K. Spear. The second in a series of Trading Routes dialogues, this talk follows Mike DeGagné’s presentation on “Aboriginal Control of Aboriginal Education” and transforming post-secondary institutions. As such, this event is linked to the Trading Routes team’s research on decolonizing visual practices.

Wayne has generously offered to give a short talk on the recent unanimous Supreme Court ruling upholding the traditional Rights and Title of Xeni Gwet’in and Tsilhqot’in First Nations, reflecting on its potential relation to federal and regional investments in resource industry expansion and a larger decolonizing process. This talk’s focus on “co-sovereignty” will provide a way into discussion about the future of BC, not simply as a site for expanding of resource industries, but as a space of renewed negotiations and shared understanding among Aboriginal and non-Aboriginal peoples. Presented under the auspices of the Trading Routes project, Wayne’s talk will provide a basis for continuing dialogue on the politics of representation, cultural memory, and the roles and responsibilities of creative practitioners.

Short description: The recent Tsilhqot’in Supreme Court ruling has provided a practical test of aboriginal title, and for the first time in Canadian history a court has declared Aboriginal title over a specific parcel of land. And yet, this title is held by an entity which is not recognized as existing by either the provincial and federal government—the Tsilhqot’in Nation. In this brief presentation, I examine the unsustainable contradictions and paradoxes of common law in a colonial context, arguing that it is these which Tsilhqot’in Nation v. British Columbia brings to the surface and which will be a driving force as First Nations take on the rapidly-expanding resource extraction industries.

Bio: Wayne K. Spear was born at Buffalo, New York and grew up in Fort Erie, Ontario. He completed graduate studies at Queen’s University and worked for over two decades in Aboriginal health and education. From 1999–2012 he employed at the Aboriginal Healing Foundation, where he was the Director of Communications. He is the author of two books released in 2014, Full Circle: the Aboriginal Healing Foundation and the unfinished work of hope, healing and reconciliation and Residential Schools: With the Words and Images of Survivors. Today he lives in Toronto, where he appears regularly on CTV News and writes for the National Post and Huffington Post.

Wayne will also launch the recently published Full Circle: the Aboriginal Healing Foundation and the unfinished work of hope, healing and reconciliation. Copies of the book will be available free of charge at the event.
___

This talk is sponsored by the Trading Routes project, made possible through Social Sciences and Humanities of Research Council funding, and with the support of the Aboriginal Gathering Place. We gratefully acknowledge our gratitude to the Coast Salish peoples and recognize that Emily Carr University exists on unceded territories.