Beginning on March 31st 2015, two video works created by Ruth Beer, Oil + Water (2:00m) and Intersections (4:30m), toured Pacific Northwest communities with the feature-length documentary Line in the Sand, directed by Tomas Borsa and J.P Marquis. The tour lasted nearly a month, commencing in Prince George at Canfor Theatre and travelling to both large and small communities including the Unis’tot’en Action Camp of the Wet’suwet’en nation who occupy their territory in the direct path of the proposed Northern Gateway pipeline. The trio of videos embraced the mission of Trading Routes: to publicly engage and surround both the benefits and risks of a steadily expanding network of oil and gas pipelines with art and discourse. 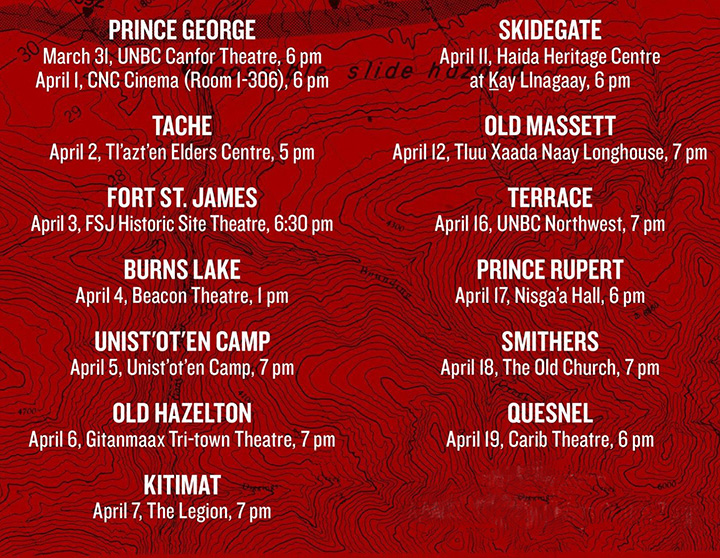 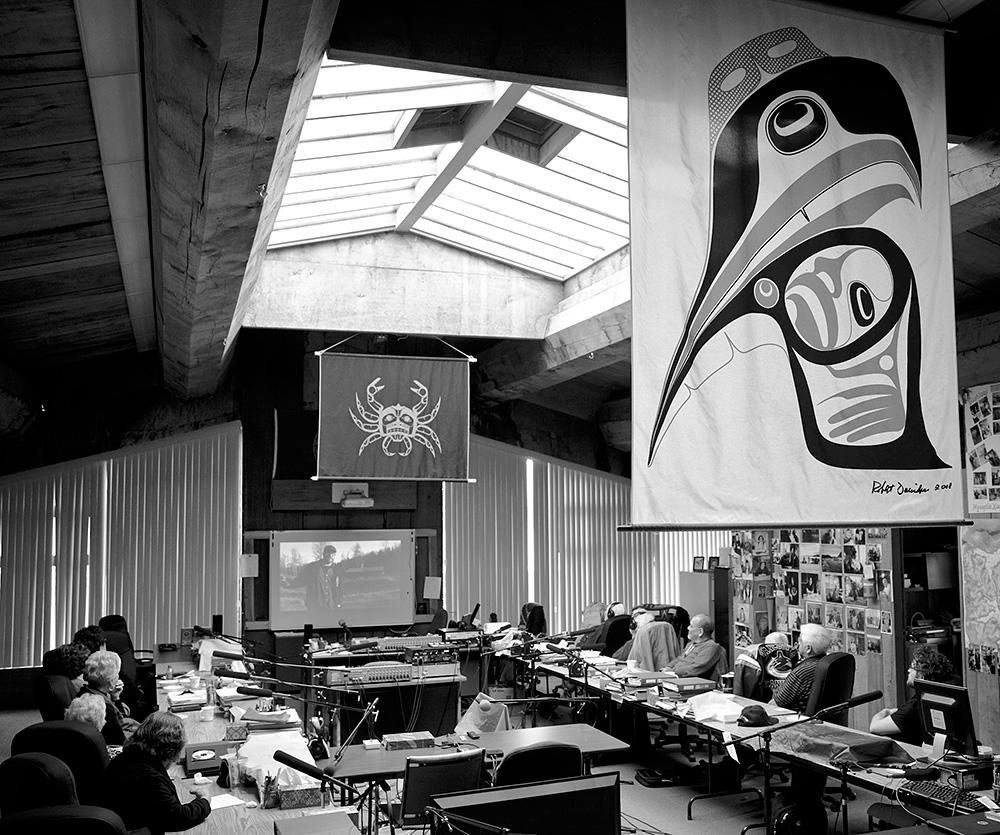 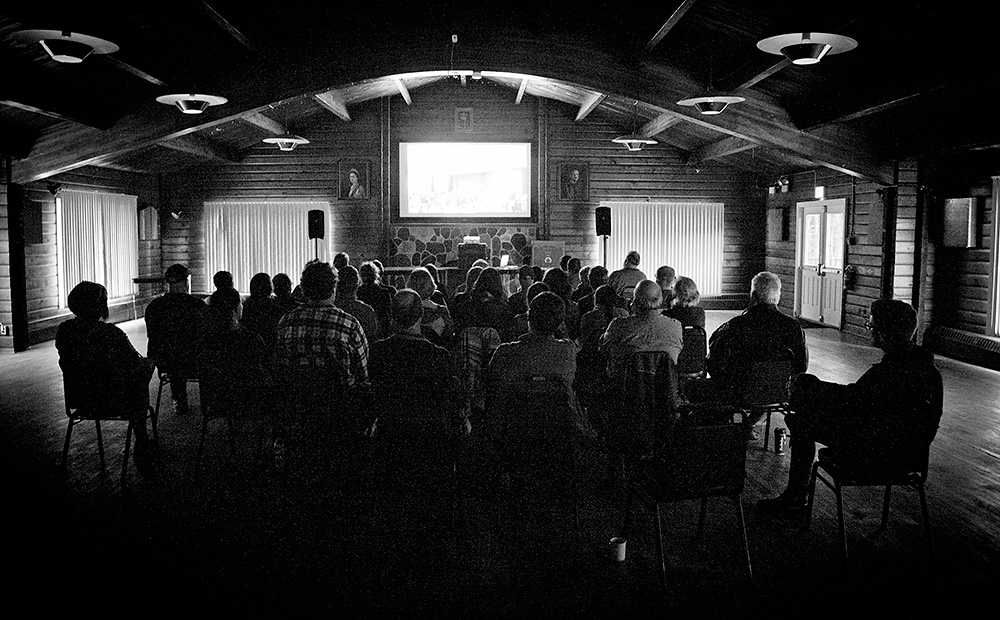 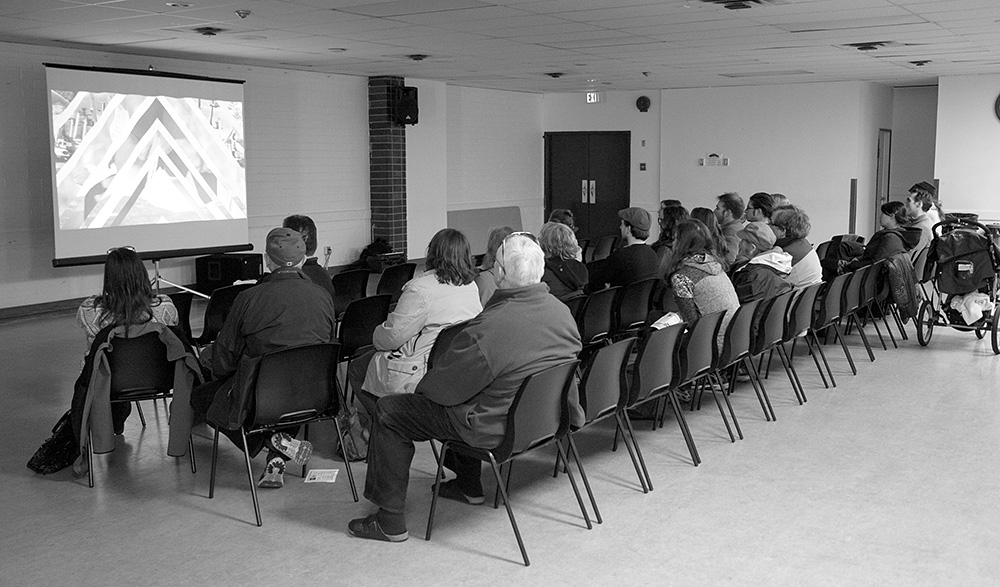 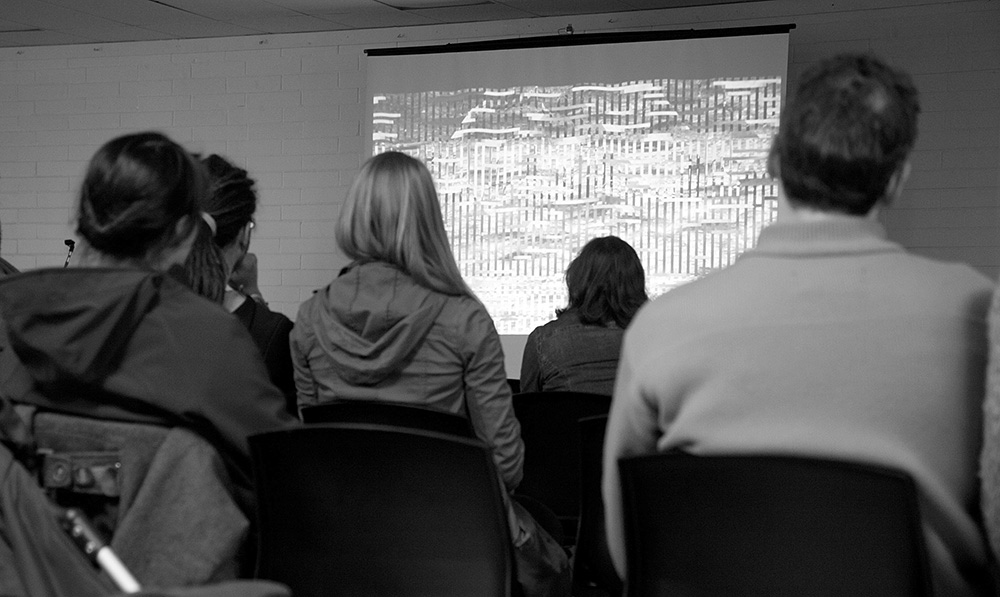 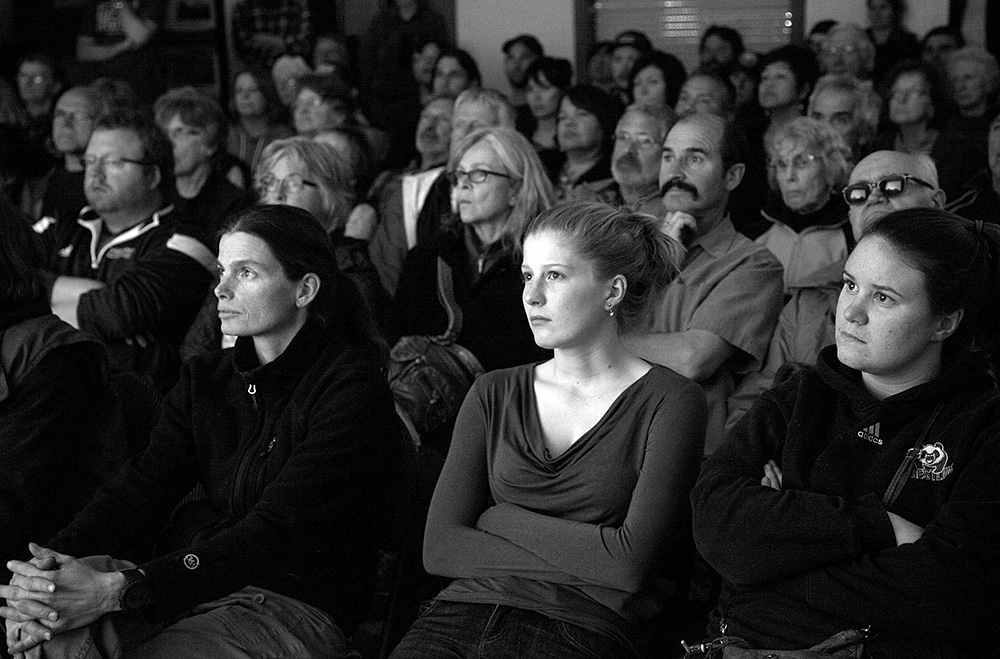