Straight Lines + Disrupting Currents examines salmon and its ecological and marine environmental relevance for the west coast from a contemporary and interdisciplinary perspective. 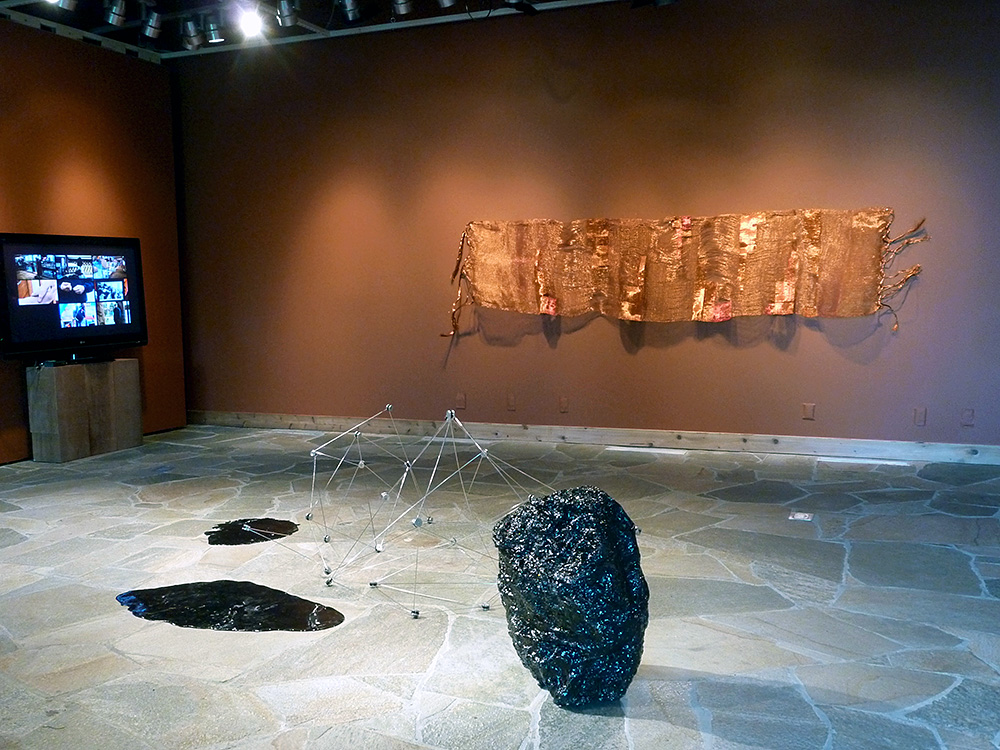 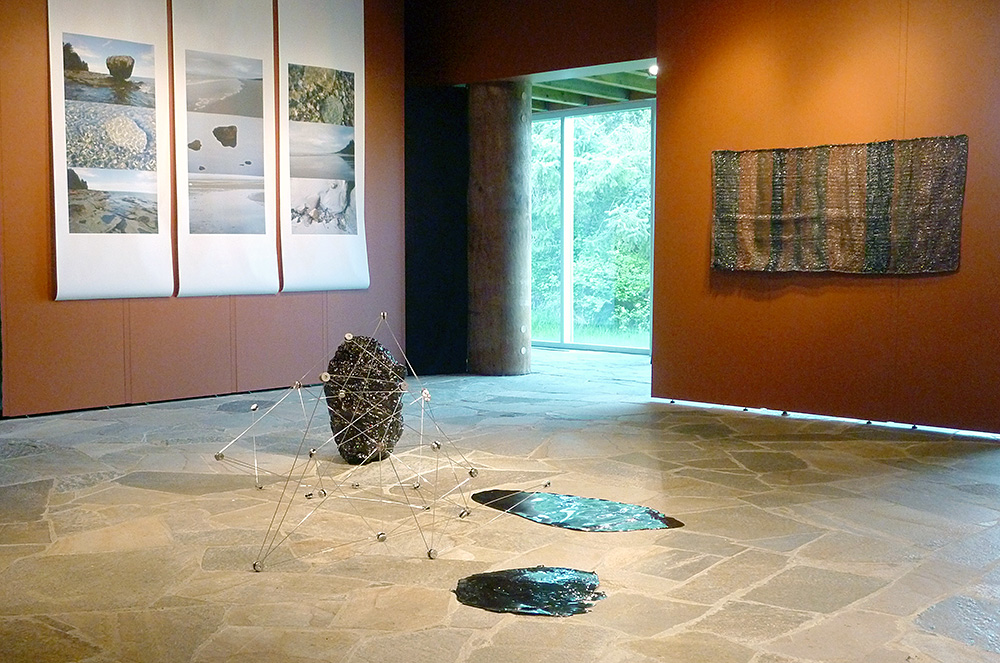 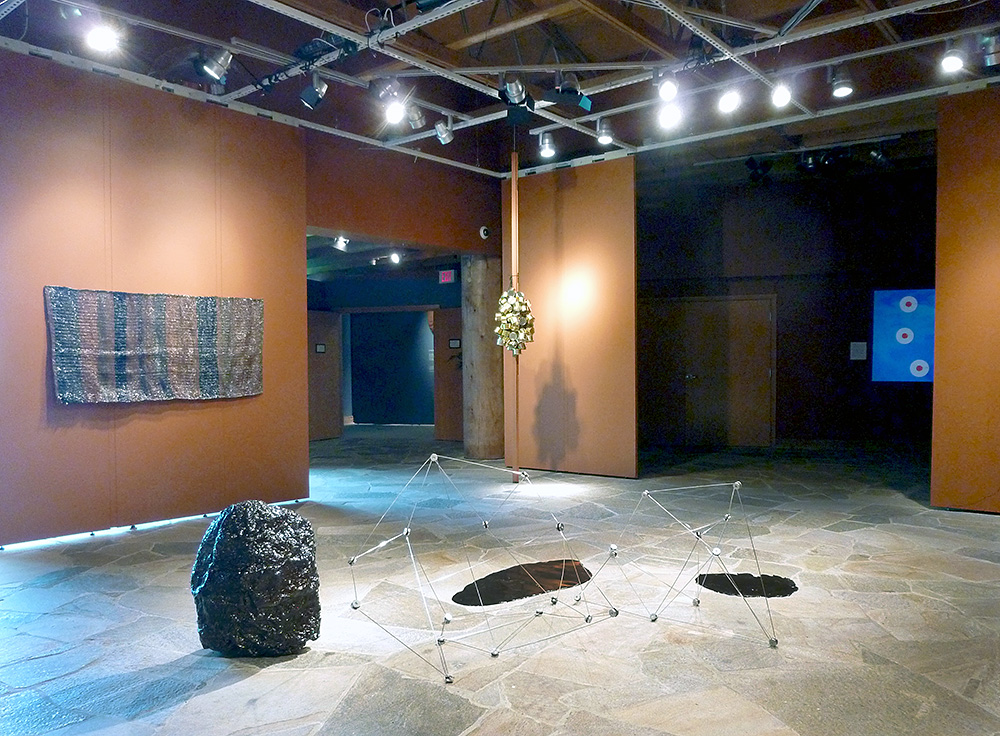 Mosaic is a video montage of interview based excerpts with people from diverse cultural and professional backgrounds who relate their perspectives on salmon. They include a Haida carver, a marine biologist, a cook, a former cannery worker, a commercial fisherman, and a museum interpreter.

Soundposts consists of PBS tubing, microphones controlled by an open source electronic prototyping platform, Arduino; and obsolete salmon cans assembled from the archival collection of the Gulf of Georgia Cannery from the time when it was still in operation. The soundscape transports the viewer into the imaginative outdoor space of the ocean environment by projecting sounds of wind, water, rain and other noises at sea during a commercial fishing trip. The two posts are activated when visitors are nearby and pick up a can to listen closely. This references simple, familiar experience such as listening for the ocean in a sea shell. It also suggests communication devices that are outdated and limited; such as radio communication with other boat operators and the Coast Guard used historically by fishermen while at sea. 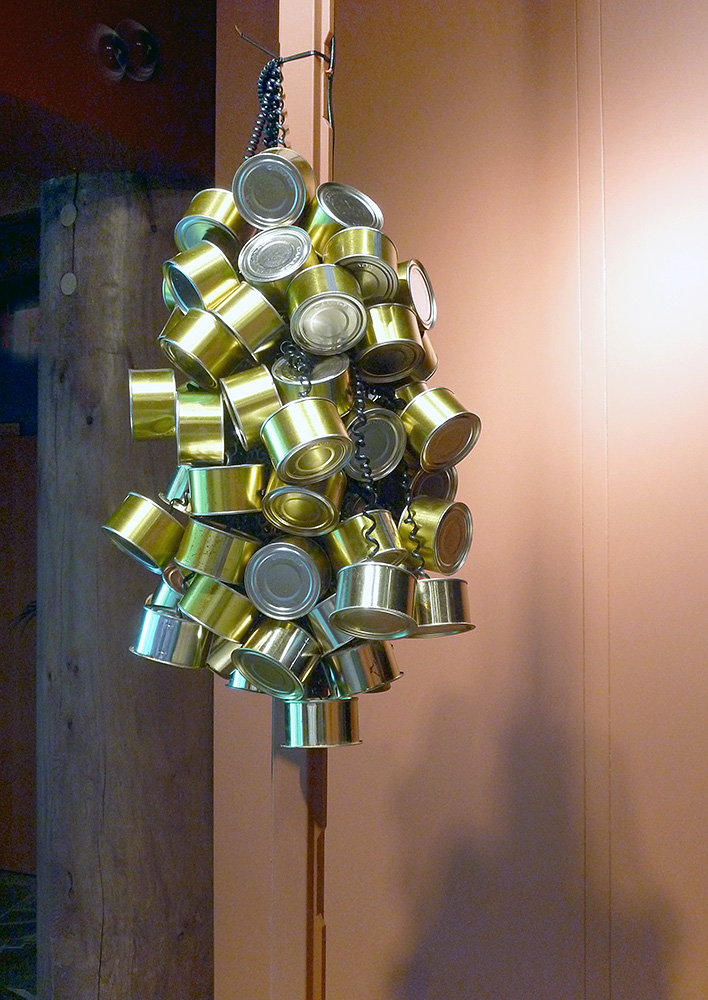 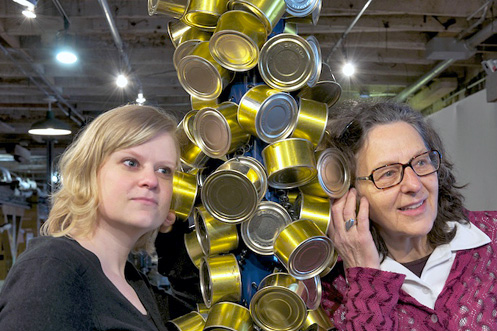 Copper Currents weaves together lines of copper wire in patterns referencing graphs derived from NEPTUNE-supported scientific experiments tracking the condition of the ocean. Magnetic Shimmer, an artwork composed of shimmering strands of magnetic audio tape woven into a form and flickering surface that responds to viewer interaction with sounds of the sea. 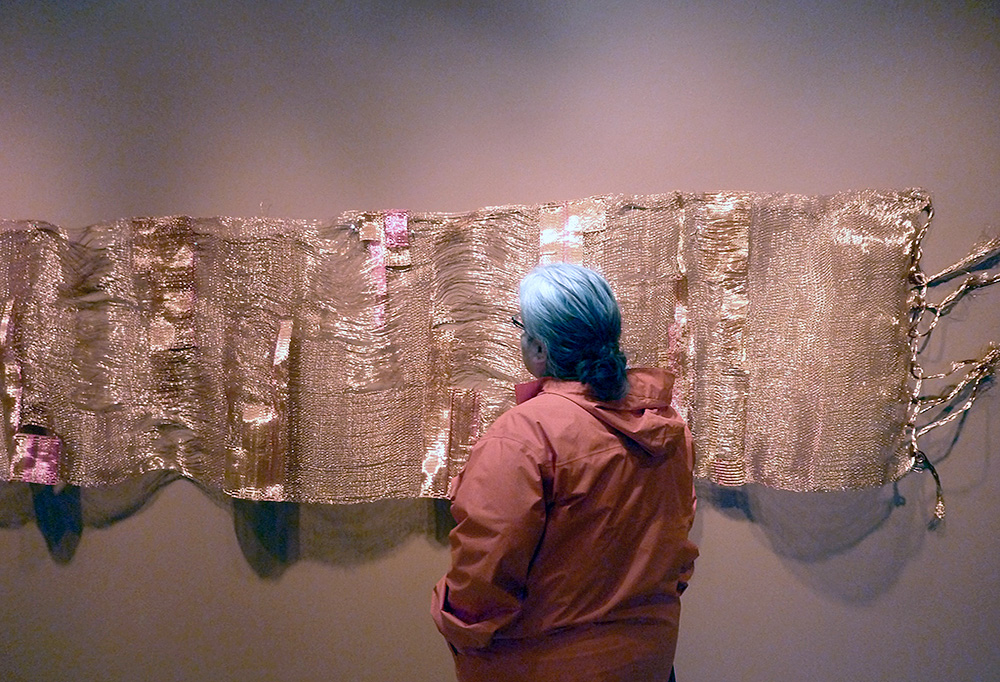 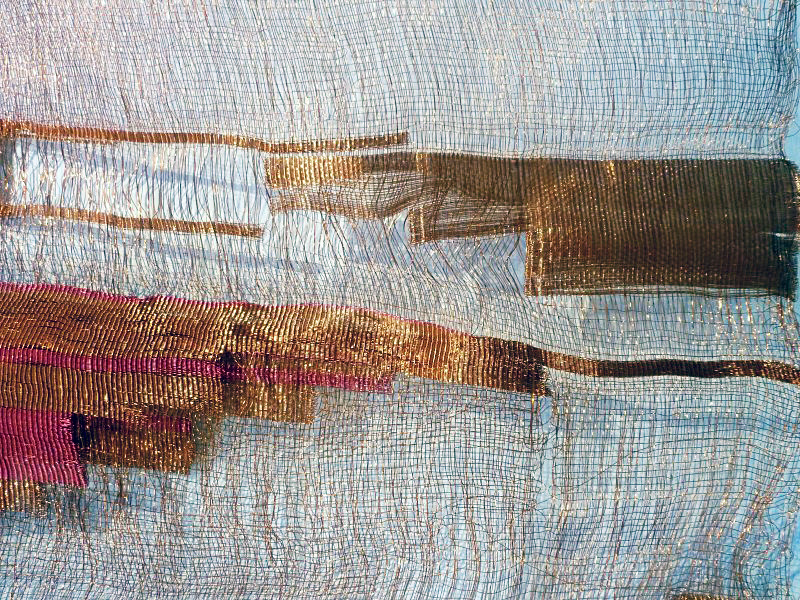 Disrupting Currents is a projection in which real time measurements of temperature, oxygen, salinity and current from NEPTUNE marine sensors in the Georgia Strait are translated in to visual representations of the numerical patterns being observed. 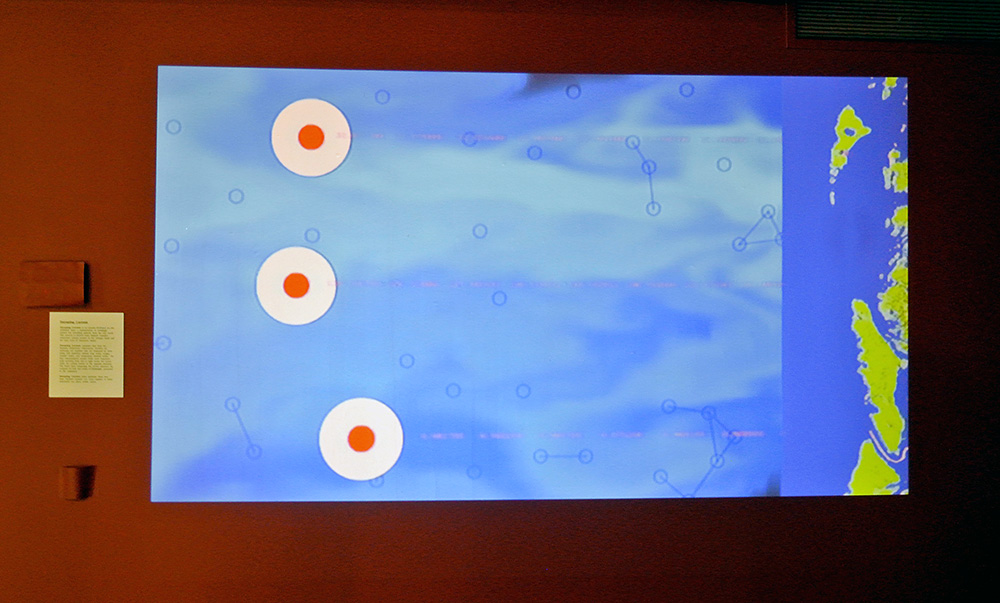