Sounding Posts: Riverscape Routes (Echoes of the River) is an interactive sculpture, like a pylon in the river that traces its flow and activity along its shore presenting the beauty and utility of the Fraser as it joins the coast and inland cultures and economies. It consists of sounds and images from Surrey Docks, Fraser River Piledriving and recorded during a Seaspan tugboat journey along the river — places that have a significant impact on the city. These auditory and visual elements provide a portrait of place. 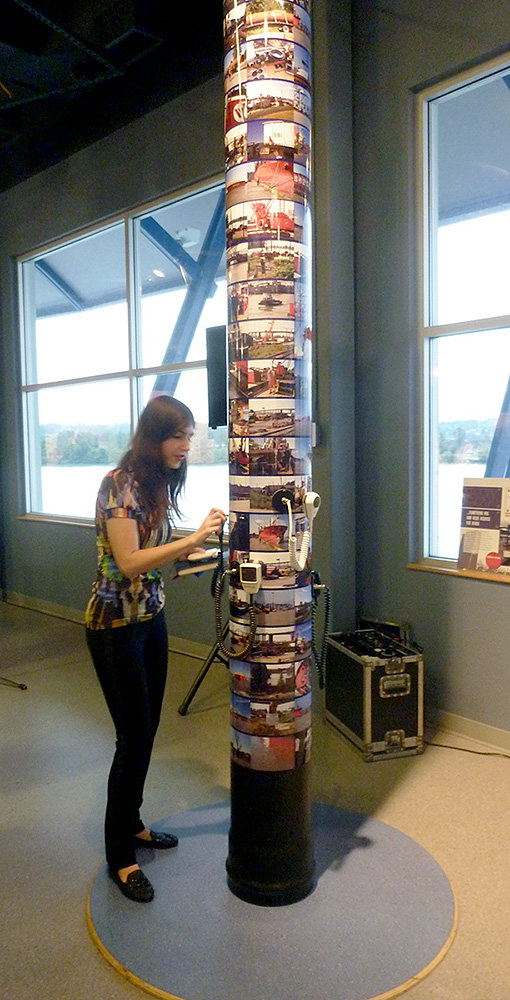 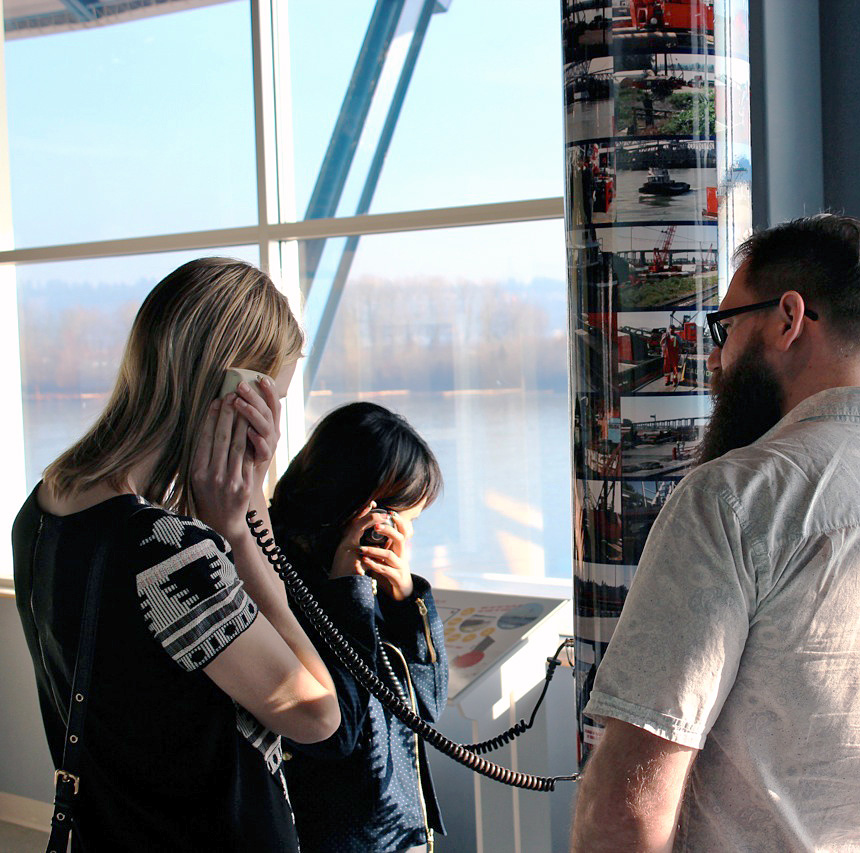 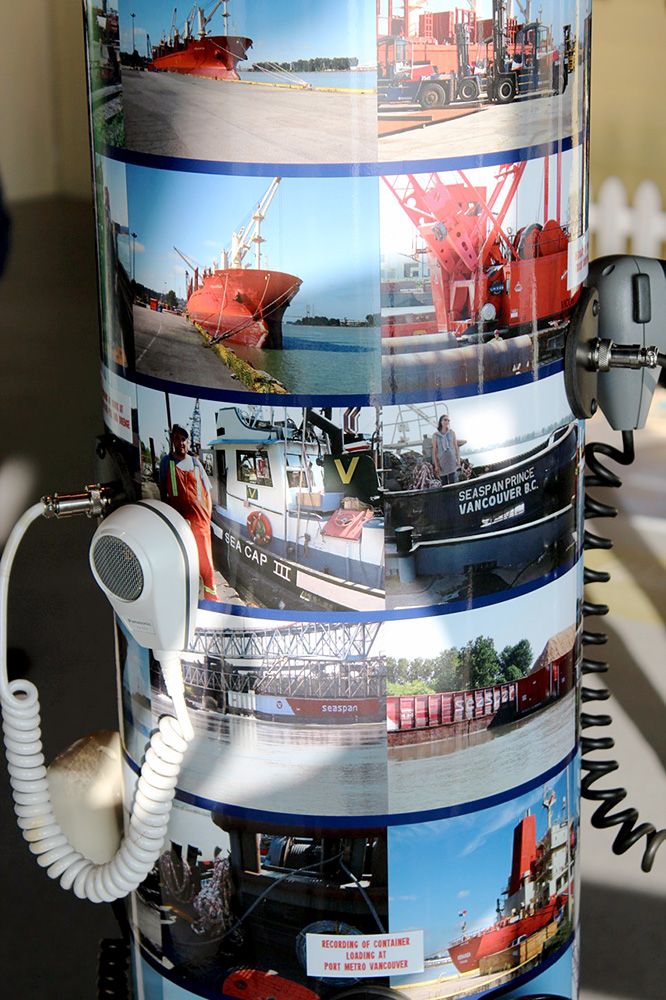 Disrupting Currents: Trading Routes is an interactive projection that presents the Fraser River as an important route for trade and transport as well as a poetic inspiration. Viewers mirrored in the artwork become integral with it to underscore that their actions impact the life and sustainability of the river. The artwork represents the river’s height derived from real-time numerical data from Coast Guard sensors situated in the hut adjacent to FRDC. It also consists of images from nearby industries as well as text from poems referencing rivers. Visitors’ movements disrupt the projected image creating new configurations, associations and meaning to highlight the dynamic nature of the river that is so central to the sense of “place” in the city’s history and the present. 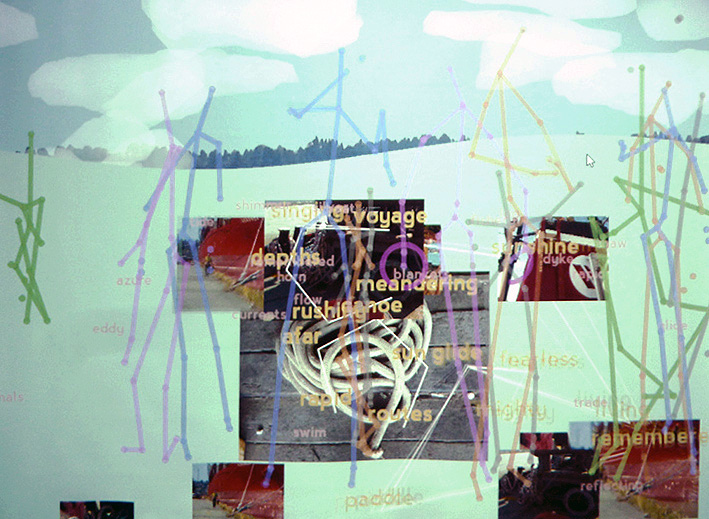 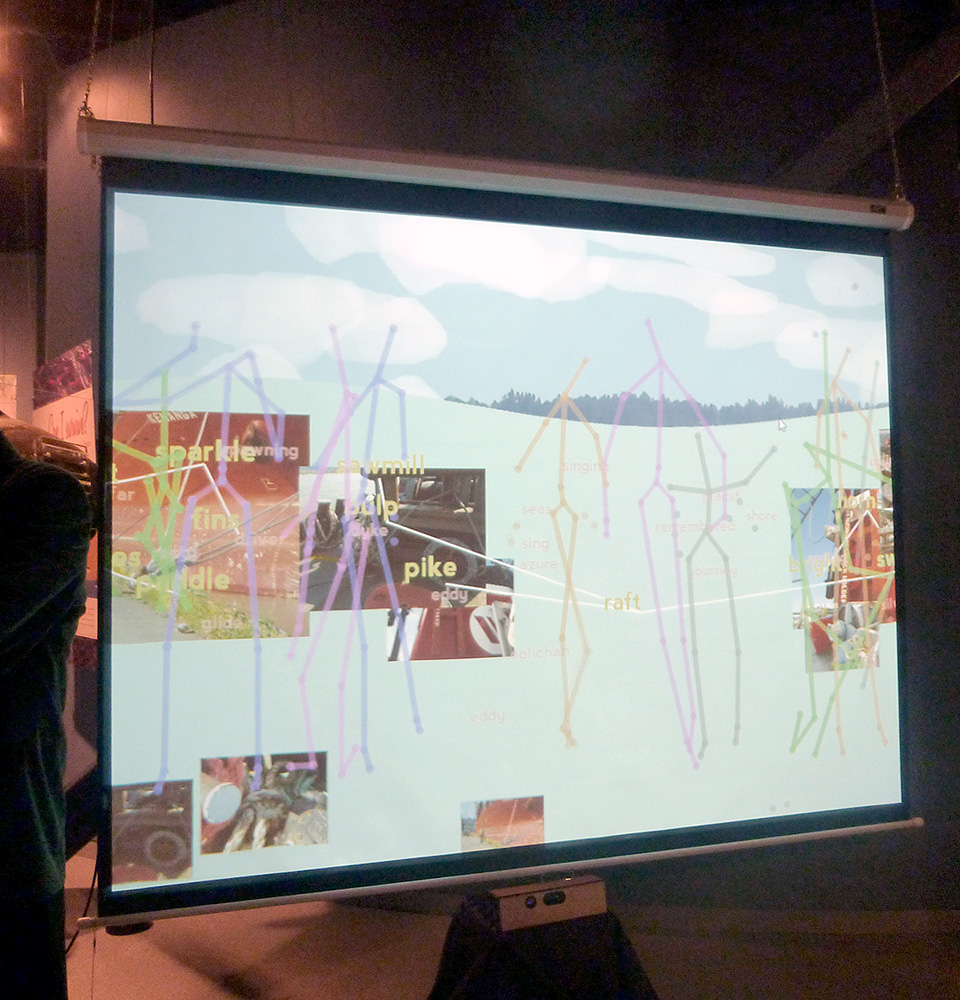